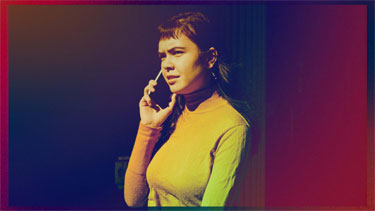 Phone interviews have become an inevitable part of the job-hunting process. Here are 12 things to keep in mind to make sure you succeed.

These days, phone interviews are an unavoidable part of the job interview process, and for good reason: They save everyone involved time and effort. But that doesn’t mean that phoners require zero energy on the part of the candidate. Yes, you should spend more time preparing for an in-person interview, but many companies treat phone screens as the official first round of the hiring process. That means candidates are expected to go into them prepared with as much information about the company, position, and their own skills and strengths as possible.

We asked HR pros about their top phone interview pet peeves, and they had no shortage of advice to offer. Apparently, it’s quite easy to mess up your phone interview. But here’s the thing: It’s also not hard to come across well if you keep some key things in mind.

It might seem like common sense, but you’d be surprised what interviewers say they can hear in the background of their phone interviews—everything from barking dogs to screaming children. “Prepare for the interview by securing a quiet space in advance, even if it means escaping to your car parked in the garage,” advises Chere Taylor, founder of Fulcrum HR Consulting. “If you can lock your home office door, by all means do it. We’ve all been there and sometimes things just happen, but the more time spent anticipating what could go wrong, the better prepared and organized you will appear to the interviewer, and the greater likelihood of success.” That doesn’t mean that if your washing machine beeps once in the background all hope is lost, but the more effort you put into being in a quiet place, the more focused you’ll be.

. . . unless you’re directly asked a question about what you like to do in your off hours. “The point of a phone interview is to focus on getting to know a candidate’s professional experience and goals,” says Mckenzie Roark, campus talent specialist at Lithko Contracting. “A recruiter is trying to qualify them to see if they are the best fit for a role, and learning about their personal life doesn’t help. For example, when asked where you see yourself in five years, we don’t want to know that you hope to be married or that you want to buy a new house. That is nice, but that isn’t relative to anything professional.”

3. Resist the urge to multitask

It might be tempting to cross something off your to-do list while on a phone interview, but recruiters and hiring managers can easily tell if your attention is elsewhere. “My No. 1 pet peeve is people who decide to multitask while on the phone interview,” says Dan Krupansky, talent acquisition manager at PrimePay. “I have heard candidates washing dishes, making lunch in the microwave, going for walks, letting their dog out, and grocery shopping during the interview. I even had one person use the bathroom and flush the toilet while speaking with me.” Needless to say, this doesn’t reflect well on your level of interest in the position you’re interviewing for.

To put it bluntly, it’s simply too early in the process for you to be the one who brings up salary expectations. “Chances are if a candidate is participating in a phone interview, this is the first time they have talked with the company, and the first call isn’t the appropriate time to talk about ‘what’s in it for you,’” says Justina Strnad, the Talent Acquisition Manager for Shiftgig. “Trust me, if you are a great candidate and make it to next steps, the hiring team is going to be very transparent about what’s in it for you later on.”

5. Never put your interviewer on hold

Phone interviews don’t take that long, and there probably isn’t anything else going on that is really truly so urgent that you need to pause your interview. “Do not put me on hold to take an important call that just beeped in,” advises Jeremy Payne, head of people operations at Remote Year. “I am your important call. If you are expecting extremely urgent news (like information about a family illness), be sure to preface that in the early minutes of the interview, so the recruiter is aware of the situation, and so you can work with them to reschedule if that interruption does occur,” he says.

“After wrapping up a phone interview, it is typical that the interviewer will ask the candidate if they have any questions. I can’t stress this enough: ALWAYS ask questions,” says Roark. “If we have had a great phone interview and then we wrap up and they don’t have any questions for me, it pretty much ruins the whole interview. It tells me that the candidate is uninterested in the role, which in reality, might not be the case at all,” she notes. But surely, if you’re interested in a job, you can think of something to ask your interviewer.

It seems basic, but surprisingly, a lot of people are late to phone interviews. “About a quarter of the people with whom I schedule phone interviews aren’t on time,” says Sophie Cikovsky, who handles U.S. recruiting for Infinite Global. “While this bothers me personally, it’s also indicative of someone who isn’t very detail-oriented,” she explains. “In order to identify this early in the hiring process, I started asking all candidates a few years ago to call me as opposed to calling them at an agreed-upon time. That way, if I hear from them at 1:13 p.m. or 12:49 p.m. instead of our planned 1:00 pm interview time, I have an early indicator that they might not be a great fit.”

“Make sure you test your headset and connection before dialing in,” recommends Payne. “There is nothing more frustrating for a recruiter who has a structured interview guide in place having to repeatedly ask the same question over and over because they could not understand your answer due to static or dropped signals.” Test-call a friend beforehand, or even call yourself from a landline if necessary; it will take less than a minute.

9. Never talk over the interviewer

You might be eager to get your point across or talk about your experience, but interrupting the interviewer is awkward and rude when you’re speaking on the phone, even more so than in face-to-face interviews. “Interviewing can be stressful, and sometimes that stress manifests itself in speaking too fast, speaking too loud, talking over the interviewer, or attempting to answer the interviewer’s question before they have actually finished asking the question,” says Taylor. “Don’t do this.” There’s a big difference between being assertive and being aggressive, and interviewers can always recognize it.

It’s tough not to say things like “um,” “uh,” and “like” in everyday speech, but these verbal habits become much more pronounced when speaking on the phone, says Chris Dardis, a recruiting expert and HR professional with Versique Executive Search. “In face-to-face interviews, they’re not as noticeable, because there are other things like your hair, suit, or body language to distract people,” he explains. But in a phone interview, the only thing you have to go on is what you say and how you say it. “That’s why it’s so important to eliminate these words from your speech when doing a phone interview.”

Not knowing anything about the company or job you’re interviewing for is way more obvious than you’d think. “Many people think that a phone interview means they’re getting away with something, that they don’t have to put as much effort into researching the role or company,” says Steve Pritchard, HR consultant for giffgaff. And if you have your laptop in front of you during the interview to do a few quick searches, they won’t know the difference, right? Not exactly. “Seasoned interviewers will know whether an interviewee is researching while on the phone; they will take too long to answer the question and punctuate their answers with a lot of ‘ums’ and ‘errs’ as they type. The interviewer can often even hear the typing as they ask the question,” he adds.

“The key to success during a phone interview is clear and concise answers,” says Dardis. “People’s attention spans tend to be shorter over the phone. You don’t want your future employer to lose interest in the conversation.” He recommends practicing answers to questions you know will be asked ahead of time in order to be clear on what you’re going to say. That way, you can prevent rambling before it starts.

This article originally appeared on Glassdoor and is reprinted with permission.