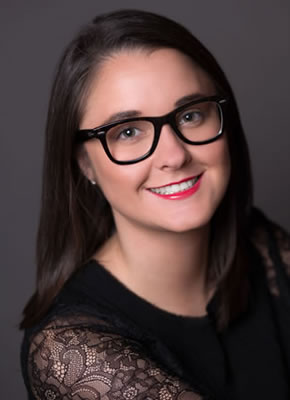 Originally from Tennessee, Margaret has always had a passion for the arts and nature. During college she volunteered for her local Zoological Gardens where she worked with animals and education, and she was fortunate enough to spend a few months interning for the Cheetah Conservation Fund in Namibia. When it comes to art and culture, Margaret always found that life was more interesting if she had a mix of both throughout her day.

Immediately following college graduation, Margaret moved to New York City to explore the concrete jungle. She landed her first job at a prestigious animal hospital where she worked as a Client Service Specialist. During that time she was lucky enough to meet Hillary Black via her two adorable cats, Monk and Maggie.

Within a short time of the two meeting, Margaret became a Creative Coordinator at Kay & Black. She was introduced to the world of creatives and saw their impact in a different art world – Advertising. She spent hours reviewing portfolios and then it happened. Her eyes fixated the moment she watched Honest Tea’s Most Honest City in America work. It was then Margaret realized that creative advertising no longer meant watching commercials on her couch, but that it became a part of her daily life. To Margaret, it was a new form of art and she was hooked. While she is not caring for our world’s furry friends anymore, she is still nurturing, but now it’s talent that she looks after.

Two years, two One Shows, one Andy’s Awards, and one SXSW interactive later, Margaret is now a Talent Manager. When she is not looking at portfolios, she can be found listening to a new band on her roof top, saving kittens, or wandering around her Bushwick neighborhood looking for smart street art.

We are passionate about building relationships driven by creativity and trust, and we are excited to partner with you.