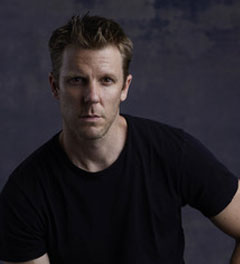 James Lee Wall is a portrait and fashion photographer located in New York City. He gained valuable experience as celebrity photographer Brian Bowen-Smithʼs first assistant, as well as assistant to many of the top photographers in the industry.

James was born in Williamsburg, VA and moved to NYC at an early age to pursue acting. After working in the theatre for some time, he moved to Los Angeles to explore tv and film. While in LA, James found his passion for his hobby of photography, and quickly turned it into his career.

James Lee Wall is known for his personal touch and lighting in celebrity portraits. His clients include Showtime, Fox, Paramount, Sony, The Hollywood Reporter, and many other magazine publications. He is the go to for many of the entertainment industries Public Relations reps.

James lives in NYC with his wife and son. He enjoys tennis, working out, and reading during his spare time.