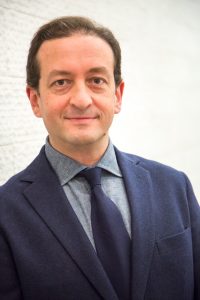 Alex Twersky has been helping clients enhance the way they present themselves through resumes, cover letters and interviews for over 17 years as co-founder of Resume Deli, and for the past 15 years as the leader of Mediabistro.com’s resume team.

Alex brings a diverse background to his experience writing resumes and coaching clients on career strategy, from film producing to marketing consulting. Alex is a partner at Kinetic Arts, a New York-based media and marketing consulting company, where he has worked as a consultant on international marketing, business development, content development and digital strategy. Alex began his career at Scholastic, where he marketed digital content based on best-selling properties, such as Harry Potter; cut co-marketing and licensing deals with major media and technology companies; developed an international licensing and distribution business for Scholastic’s branded digital content; and produced localized versions of Scholastic content in numerous foreign languages. After leaving Scholastic, Alex worked as an independent content and digital strategy consultant for various Fortune 500 clients, as well as advising start-ups on launch and market development strategies in the United States and abroad.

Alex is a published author, including projects ranging from interactive content for Random House to journalistic pieces. He is also the co-author of Crane’s Guide to Writing a Resume. His career advice has been featured on The CBS Early Show, ABC News, The New York Times, The Ladders, Yahoo! Finance, CNN, among many others. Alex received his B.S. in Marketing and International Business from NYU’s Stern School of Business.

"I want our listeners to be emotional and vulnerable in their design practice. When I was a student, I always felt like design didn’t have room for that. I really embraced the idea of being a translator of someone else’s message"
— James Chae
https://eyeondesign.aiga.org/the-graphic-support-group-podcast-asks-designers-to-listen-deeper-and-feel-more-broadly/